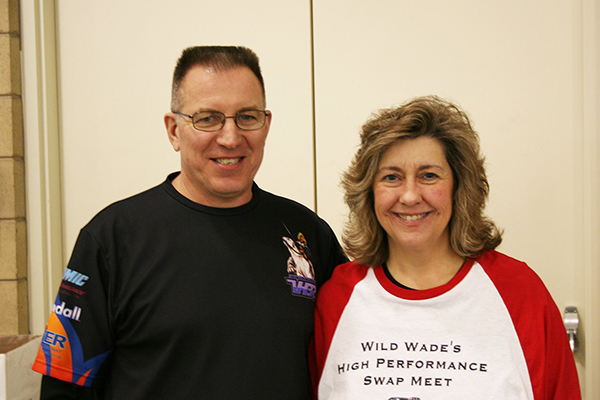 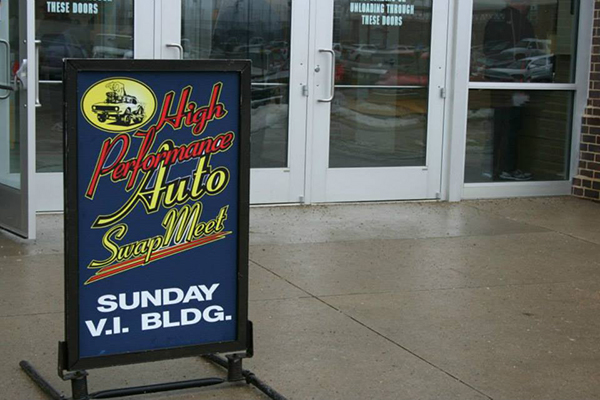 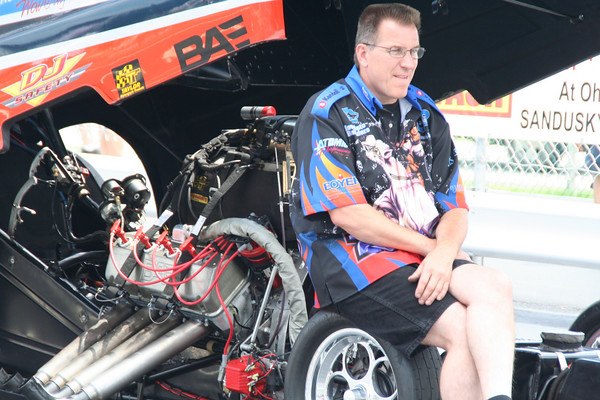 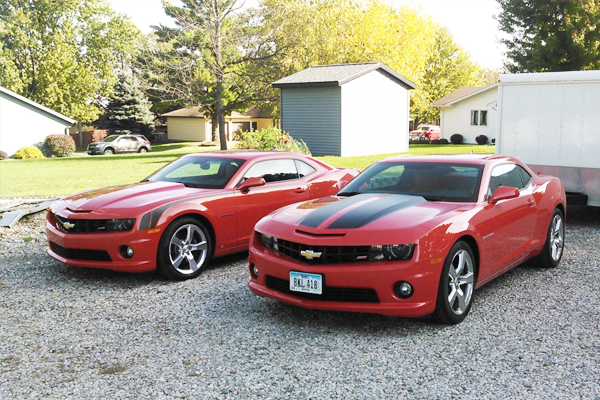 Thanks again to everyone and hope to see you at the next “Wild Wade” event.

In 1979, after 4 years of racing 69 Camaro’s and a A/D at the dragstrip, I wondered why there wasn’t a winter swap meet for racer’s to sell and trade used parts. There was plenty of summer meets, but of course that was during racing season. So I rented the 4 year old UNI-Dome in Cedar Falls, Iowa, and advertised it as Wild Wade’s High Performance Swap Meet. ( I was only 22 years old and I must thank Calvin Voss for labeling me with the name Wild Wade).

I had a car show with 77 cars and 32 vendors with 1105 people in attendance paying $2.00 to get in. Now after 26 years it has grown to a 120,000 sq. foot building in Des Moines, Iowa, with over 250 vendors and 5,000 people in attendance. There are Drag and Stock Car Tracks on display, Speedshops, Manufacturers, and a ton of parts to buy, sell, or trade. It has become a good mix of all motorsports and well known for the large amount of engines and engine parts – some buy for the whole season there!

I have done as many as 7 swap meets in one year. Spring and Fall in Cedar Rapids, Rock Island, Des Moines, and the UNI-Dome with trying one year in Austin, MN. I have a total of 80 swap meets under my belt. After many good years at the UNI-Dome, I out grew the building and was always at their mercy on a date each year. I decided to move it to the newly remodeled Varied Ind. Bldg. at the Iowa State Fairgrounds. This allows me a larger space and the ability to have the same date each year.

After the World of Wheels left, I have done 2 car shows there. Unfortunately after 2 years of losing money, I am putting it on hold until I find a sponsor. So thanks to all my vendors, most are like seeing family each year with kids growing up before our eyes. Some call the HP Swapmeet their winter get away and do a lot of bench racing. No matter what, it’s just a great event to help get pumped up for the upcoming race season and buy and sell some parts.

Thanks again to everyone and hope to see you at the next “Wild Wade” event.

MY LIFE IN 7 MINUTES

I made this video for a testimonial at church. It shows what is important to me and what my passions are. Enjoy!

WE SHOULD BE FRIENDS